A downloadable game for Windows

HuntFell is an isometric action-adventure about slaying your way through an abandoned manor to uncover its secrets. Explore the darkness using elemental weapons and piece together the truth behind the fell beasts that remain.

As a novice monster hunter you’ll explore the manor, fight monsters, read journal entries left behind by the manor’s former inhabitants, and equip special elemental modifiers to your weapons that will aid you in solving puzzles in the environment and fighting special enemies. The story will be revealed, and you’ll have to reckon with its fatal consequences in a climactic encounter.

HuntFell is optimized for Xbox 360 Controllers

Stopped Clock Studios is the Fitchburg State University Game Studio class for Spring 2018 in collaboration with musicians from the Berklee College of Music in Boston, MA. We plan on releasing two games, HuntFell and Pizza Time, in May 2018, before we all graduate.

Download the correct package for your operating system and extract it, then launch "HuntFell.exe"

Thank you so much for playing! If you like the game please leave a comment on our itch.io page, we'd love to hear your feedback. :)

This is very Impressive and everyone who worked on this should be very proud. There are a couple of things that I think need to be improved. The first issue I found is the player and camra movement feel very choppy. The combat also feels choppy, a lot of my attacks do not register. If this game is still being worked on, If you were to fix the issues I mentioned I think the game would be perfect.

I know you released this a year ago, but in case anyone involved in this project sees this: you should all be incredibly proud of yourselves!

I had an absolute blast playing this.  It was atmospheric, had an interesting setting/story - though nothing particularly groundbreaking, it was enough to keep my interest.

I'm impressed to play a combat-oriented game as a student project, as that entails adding a whole lot of extra considerations to the game.  It worked out pretty well.

The level design was good; I liked how the house actually felt like a house instead of a random collection of disjointed rooms.

I encounted a few bugs, one of which made the final boss get stuck in a wall in teh second part of the fight, but it was still a great job overall. 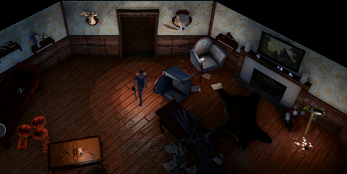 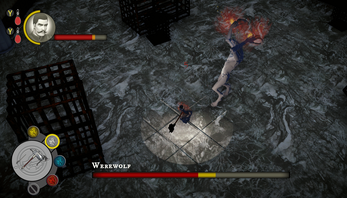